Reptile & Amphibian care, based on Science, Fact, and Knowledge 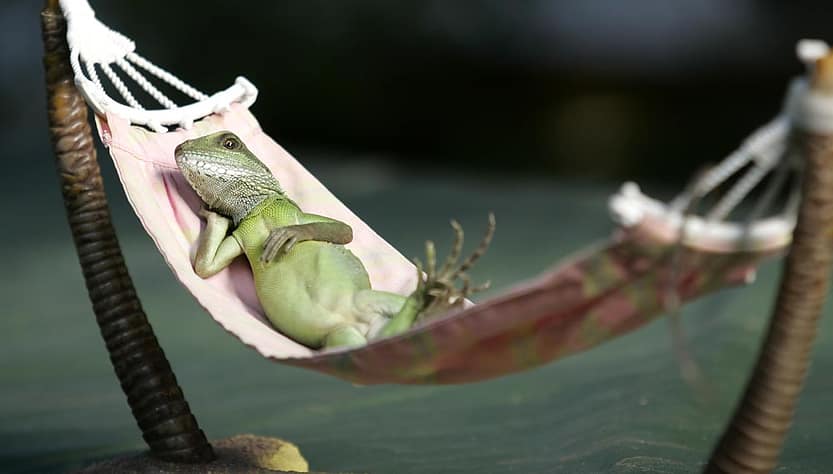 This is a subject that pop’s up within my various created Facebook groups during the summer months. More so in the UK where we generally don’t have Air-Conditioning systems in our homes as many do State side because, well, they’d be used for about 4 weeks of the year here. Hardly the most cost effective utility 😛

There are a number of ways to cool an enclosure – but ultimately if you are running a Dimming Thermostat, and that basking bulb is dim for much of the day, then the thermostat is not only doing its job by protecting the enclosure from any overheating risk, but it will also mean you don’t really need to do anything else – just carry on with your normal daily routine, and yes, that includes feeding.

Personally I use computer fans in many of my enclosures, and slightly larger fans blowing over the tops of Chameleon enclosures.

Initially I was experimenting with replicating breeze and wind speeds by species local areas to see if it had any effect on animal behaviour, and even temperatures within. It didn’t. But, I still use them on a timer to simulate breezes as I’m just to much of a geek in replicating and simulating wild conditions not to.

The enclosure and how you have it setup will also greatly effect things. Many keeper still don’t know that the basking end should always have a vent at the top to allow for proper air exchange, with a lower vent in cool-end (more vents if needed). I’ve seen some popular YouTubers have their enclosures incorrectly layout (no top vent in basking zone, only low). Makes you wonder what other crap they are spouting, does it not 😉

Anyway, rather than spout on and on within this post, I’ll link an article I did for Exotic Direct a couple of years ago, but its certainly still relevant reading.

Hopefully it will give you some insight and ideas. But most of all, have you not worrying about that basking bulb being almost off, or even completely off for 80% of the day, and whether you should still be feeding etc.

Another reason to use a large piece of slate as a basking zone. In hot weather the basking zone bulb will be at full brightness and heat for an hour or 2 first thing in the morning and often early evening too.

Its at this time that the heat projected by the bulb is stored within the slate and released slowly throughout the day. It will also remain warm to touch allowing a basking species to still benefit from belly heat digestion utilisation, far better, safer, and more natural than using a heat-mat, so don’t do that.

To continue……have a read below

Award winning Published author of Herpetoculture.
Featuring articles on many species within,

Liked it? Take a second to support Pete Hawkins on Patreon!

Award winning Published author of Herpetoculture.
Featuring articles on many species within,

This site uses Akismet to reduce spam. Learn how your comment data is processed.

About The Creator & Author

The Reptile Reports Lizard Personality of the Year 2016 and 2017.

Reptile Networks Is Supported By: